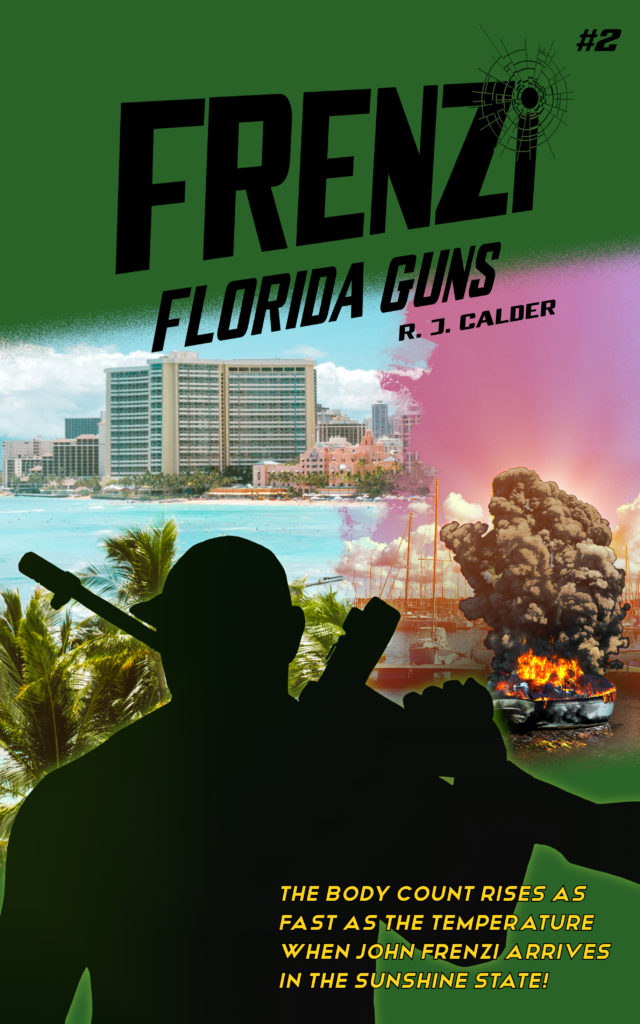 John Frenzi is back, in the 2nd action-filled adventure in the startling new men’s adventure series!

After the bloodbath in Los Angeles, all former Mafia killer Frenzi wants is a new beginning. He ends up in Miami, trying to escape the life of violence that had nearly consumed him. But leaving the world of the Mafia is a lot harder than he ever could have imagined.

With a bounty on his head and hit squads hunting him down in the neon-soaked streets of Miami, Frenzi finds strange bedfellows when he falls in with a band of Cuban exiles working to assassinate Fidel Castro.

They are funded by the CIA, with weapons supplied by the Mafia, and with a plan that could change the balance of power in the Western Hemisphere. But they planned on a revolution. They never planned on the Killfrenzy.

With frantic action, startling violence, and a hint of neo-noir sensibilities, R.J. Calder continues to improve on the classic 1970s action novel with even more outrageous encounters than the 1st book! Gun runners, hitmen, fiery Latina killers, and an ending that brings all the carnage together in one big fireball! Don’t miss this high-caliber thriller!