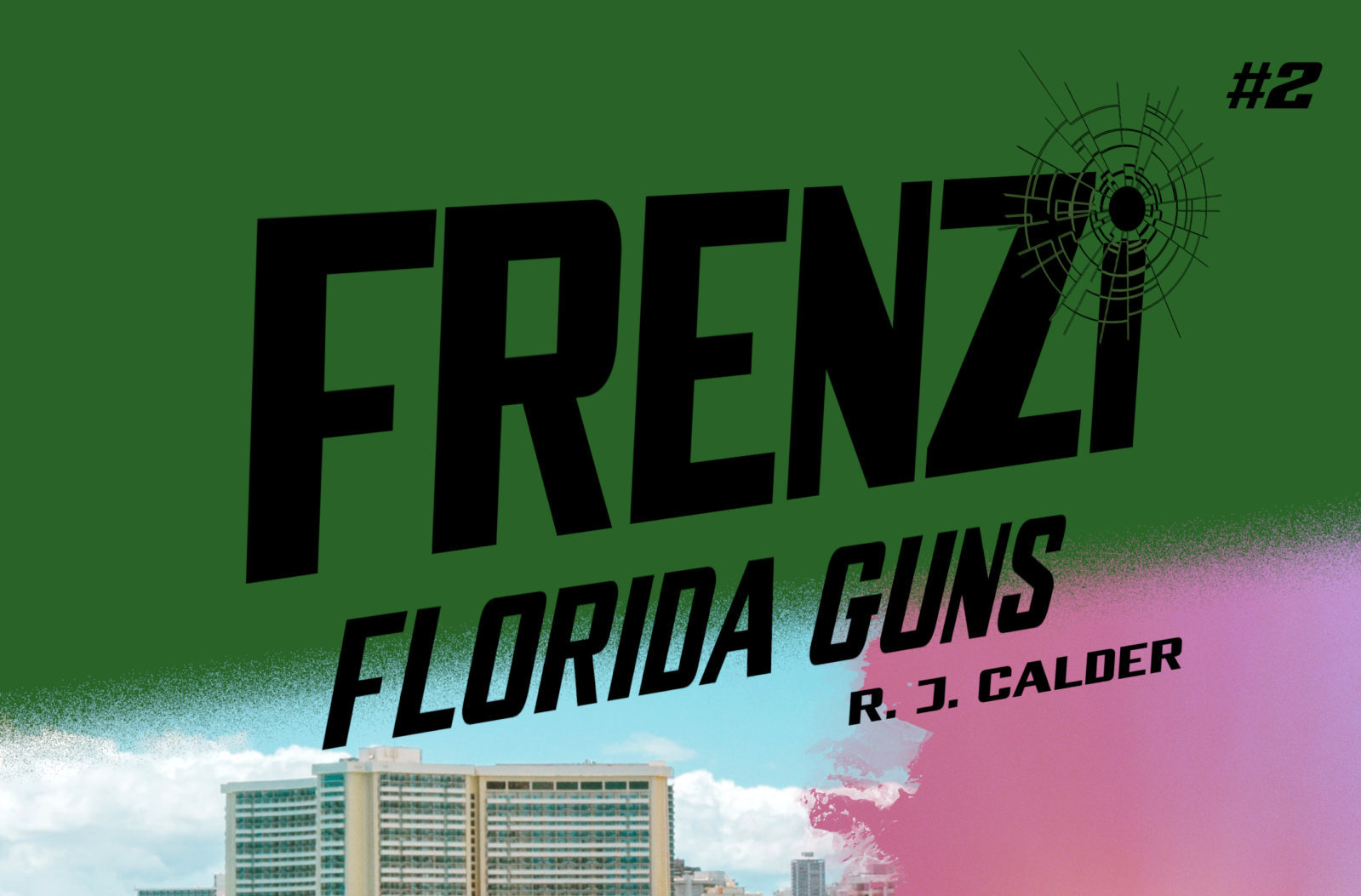 It’s almost here! The second thrilling novel in the Frenzi action/adventure series! And you can now pre-order it on Amazon and have it delivered to your account on July 1st!

The second book is just as wild and action-packed as the first! Taking place in Miami, it features a plot involving Cuban exiles from Castro’s regime looking to assassinate the dictator with money from the CIA and guns from the Mafia. Action aplenty in the Sunshine State, from a brutal battle in a rendering plant, to a disruptive shootout in a marina, to a showdown in the Everglades, this funky novel has it all!

Everyone wants a piece of Frenzi! The Cubans want to use him in their scheme. The Mafia just wants to kill him. And our readers crave his next over-the-top adventure!